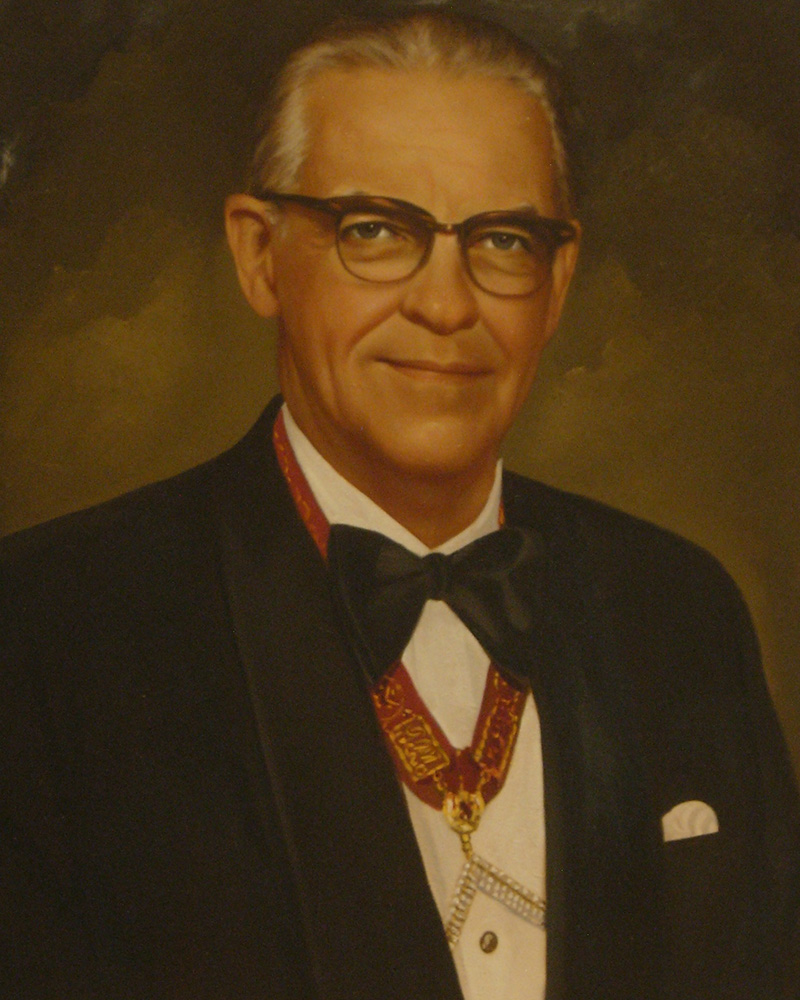 Roy H. Stelter, Jr. (1914-2007) was born on October 5, 1914 in Harrisburg, Pennsylvania. He was educated in the public schools in Harrisburg before attending Lafayette College in Easton, Pennsylvania and later Evangelical School of Theology in Reading, Pennsylvania. He was ordained in 1941 and served as a pastor of Cheverly United Methodist Church in Cheverly, Maryland beginning in 1945. He served as a trustee of Albright College for eighteen years prior to being presented with an Honorary Doctor of Divinity from Albright College in 1961. He was also a member of the Board of Governors, Wesley Theological Seminary. He also served as a trustee for the Baltimore Conference of the United Methodist Church. He married Ruth E. Fisher on February 25, 1939 and had four children; Roy H. Stetler, III; Richard E. Stetler (served as Associate Minister, Cheverly United Methodist Church); and twins, Ruth E. Casey and Jane E. Ziesemer.