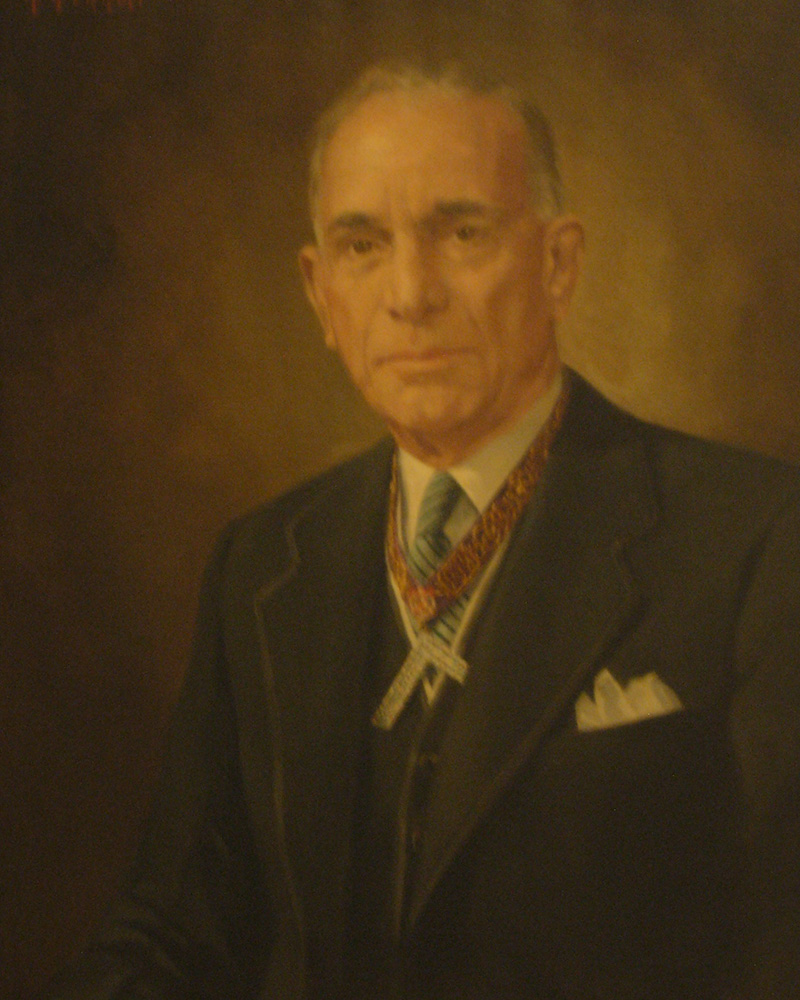 Brother Jacob Stoll New was born in Baltimore City, Maryland, March 26, 1885, the son of Bernard and Henrietta Stoll New. He was educated in the public schools of Baltimore City, Maryland. In 1898 he entered the Law Office of John F. William and Charles H. Quigley and began the reading of Law, and was continuously associated with this office until 1910. In September 1902, he enrolled as a student in the Law School of the University of Maryland and on June 5, 1905, received the degree of Bachelor of Law, and on the day after his 21st birthday, March 27, 1906, he was admitted to the Maryland Bar.

In 1910 he formed a legal partnership with Emory L. Stinchomb. This partnership was dissolved in 1912. In that year he established offices at 2 East Lexington Street, but on August 27, 1915 he removed to the Fidelity Building and joined the law firm of Wyman, Murphy and New. He served on the Legal Advisory board and as Government Appeal Agent in World Ward I, and on October 13 1918, he enlisted in the Offices’ Training Camp (Infantry) at Camp Lee, Virginia and received an honorable discharge, November 25, 1918. On October 20, 1920 he married Kathryn Merrick. He served as Vice-President of the Bar Association of Baltimore City, as Vice-President of the Maryland State Bar Association and was a member of the American Bar Association, Association of Life Insurance Counsel, and of the Legal Section of the American Life Convention.

On December 17, 1919, he was elected as a Delegate to the Board of Relief, as successor to Charles H. Quigley, P. M. upon his death, and served in this position until December 15, 1926. He was appointed Worshipful Junior Grand Deacon of the Grand Lodge of A. F. & A. M. of Maryland by Warren S. Seipp as Grand Master of Masons in Maryland at the Grand Lodge Communication held November 16, 1921.