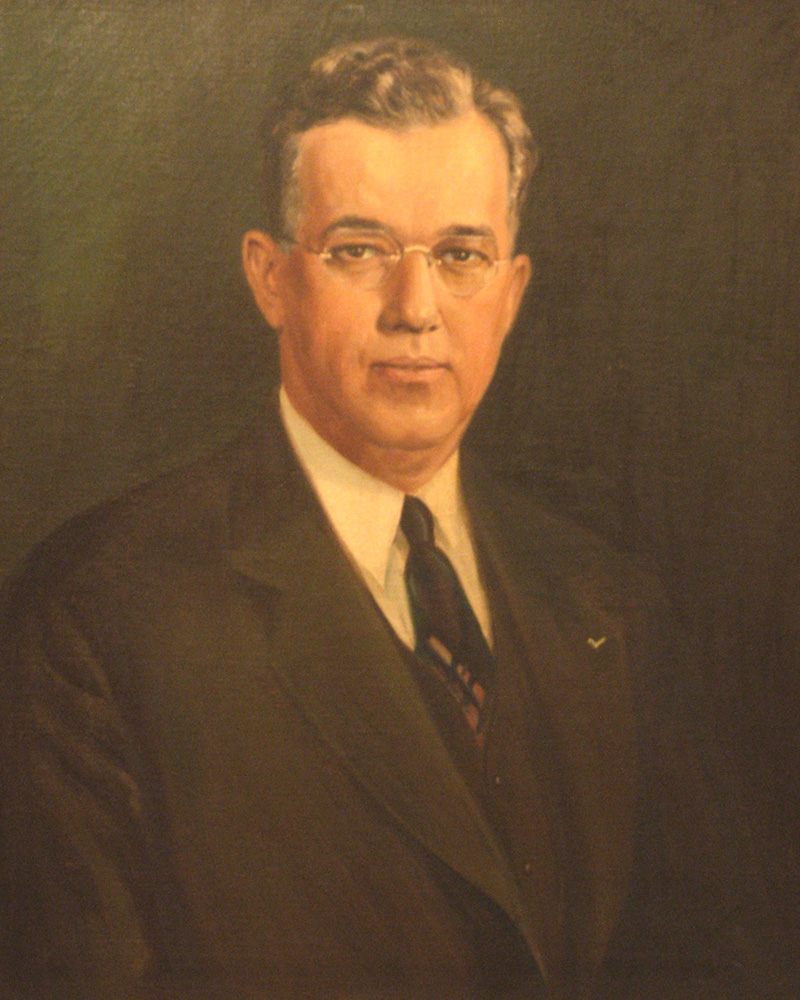 Harry Bushey Wright, Sr. (1886-1954) was born in Choptank, Caroline County, on July 23, 1886, the son of Walter Manship Wright (1860-1933) and his wife, Jennie Hubbard Pritchett Wright (1863-1928). He attended public schools in that county, and graduated from the Wilmington Conference Academy at Dover, Delaware, in 1906. During 1906 he attended the Bryant and Stratton Business School in Baltimore, and in that year accepted a position as assistant cashier in the Provident State Bank at Preston, where he later became vice-president.

In 1908 he entered the fruit and vegetable canning business with his father in Preston, and after his father’s death conducted the business himself. In 1916 he moved to Preston. For many years he was one of the Town Commissioners, and for much of this time was also President of the Board of Commissioners. He was active in the Methodist Church, serving as Trustee, Steward, and also as Superintendent of the Church School. He was married to Addie Noble Jarrell Wright (1890-1946) and had a son, Harry Bushey Wright, Jr. (1915-1977).

He was made a Master Mason in Preston Lodge, No. 207 under the Grand Lodge of A. F. & A. M. of Maryland on April 9, 1909, and became its Master in 1913. He was appointed as Assistant Grand Lecturer for the Eastern Shore counties in 1923, when the system of regional Assistant Grand Lecturers was begun. From 1926 to 1932 he was Grand Lecturer, and in 1932 he was elected as Senior Grand Warden of the Grand Lodge of A. F. & A. M. of Maryland. He was elected Deputy Grand Master in 1934. He was a Charter member of the Caroline and Dorchester Past Masters’ Association, and took an active and leading part in the several Coordinate Bodies. At the election of Officers, following the announcement from Grand Master George W. Livingston (1867-1937) at the Annual Communication in 1935 that he would not continue to occupy the Grand East, Bro. Wright was elevated from Deputy Grand Master to be Grand Master. He served as Grand Master of Masons in Maryland from 1935 to 1937.

On April 3, 1936, he saw “the dream and prayers of many years come into full fruition.” With the assistance of most of the Grand Lodge Officers, he raised his only son, Harry B. Wright, Jr., to be a Master Mason in Preston Lodge, No. 207. In addition to the Grand Lodge of Maryland Officers, several current and past Grand Lodge Officers from the Grand Lodge of A. F. & A. M. of Delaware were present, and representatives of most of the Blue Lodges from the Eastern Shore of Maryland attended the meeting. To better accommodate the unusually large crowd for the event, Coats Lodge, No. 102 at Eastern, Talbot County, lent its Lodge Room for the occasion. Harry B. Wright, Sr. passed away on December 29, 1954 and is buried alongside his wife in Bethesda United Methodist Church Cemetery in Preston, Caroline County, Maryland.