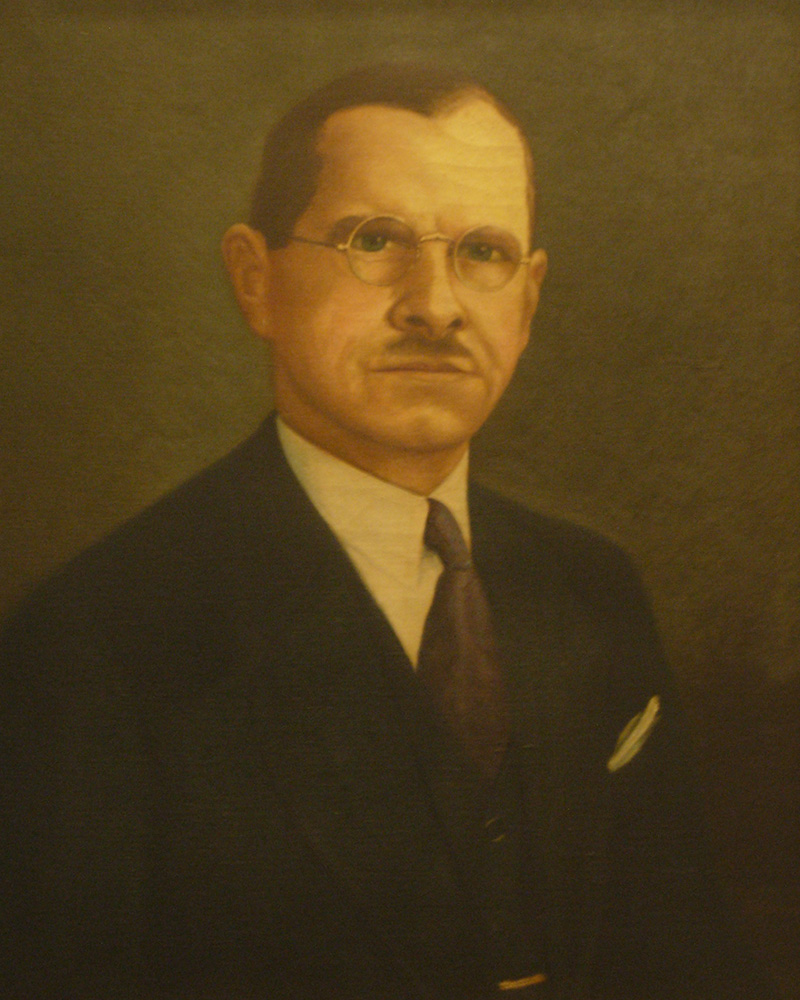 George S. Yost was born March 25, 1890, in Baltimore, Maryland, one of four children of George Yost and his wife, Annie Steedman Yost. He was educated in the Public Schools of Baltimore City, and was graduated from the Baltimore City College in 1907. He studied law at the Baltimore Law School (since consolidated with the University of Maryland), and received the degree of LL.B. in 1911. He was the recipient of double honors upon his graduation, receiving the award for the highest general average in this class for the entire course, and also the award for the best thesis submitted.

On August 1, 1916, he was married to Miss Adele Dankmeyer, daughter of Charles and Lena Ohle Dankmeyer. This union was blessed with two daughters, Adele Dorothy and Nanne Carolyn.

He was also took extreme interest in religious circles, as a member of the Second Lutheran Church of Baltimore. He served as Superintendent of the Sunday School for an extended period of time of over a decade. He was for several years Preside of the Maryland Sunday School Association, and served for some years on the Board of the Baltimore City Federation of Churches. He was Chairman for several years of the Religious Work Committee of the Y.M.C.A. in Baltimore City. He is a member of the Board of Trustees of the Lutheran Inner Mission Society of Baltimore, the Board of Foreign Missions of the United Lutheran Church in America, and of the Board of Directors of the Maryland Bible Society.

He was raised in Union Lodge, No. 60 Baltimore, on September 24, 1914, and served as Worship Master in 1923. He was exalted in St. John’s Royal Arch Chapter, No. 19, on April 7, 1920, and served as Most Excellent High Priest in 1933. He was for several years Chairman of the Jurisprudence Committee of the Grand Chapter of Maryland. He was a member of the Council of Anointed High Priests of the State of Maryland. He was also the representative of the Grand Chapter of Queensland.

He was knighted in Crusade Commandery, No. 5, Knight Templars, on October 18, 1928, and served as Eminent Commander in 1936. He was a member of the Committee of Jurisprudence and By-Lays of the Grand Commandery of Maryland.

He was a member of Chesapeake Consistory, Ancient and Accepted Scottish Rite, having received the Thirty-second Degree on January 31, 1935, and was invested with the rank and decoration of Knight Commandery, Court of Honor, on October 18, 1939.

He was made a Noble of Boumi Temple, Ancient Arabic Order, Nobles of the Mystic Shrine on April 18, 1931.

He was a member of St. Cyprian Conclave, No. 41, Order Red Cross of Constantine; Baltimore Forest, No. 45, Tall Cedars of Lebanon; the Masonic Veteran Association; and served as President of the Past Masters’ Association of Baltimore City.